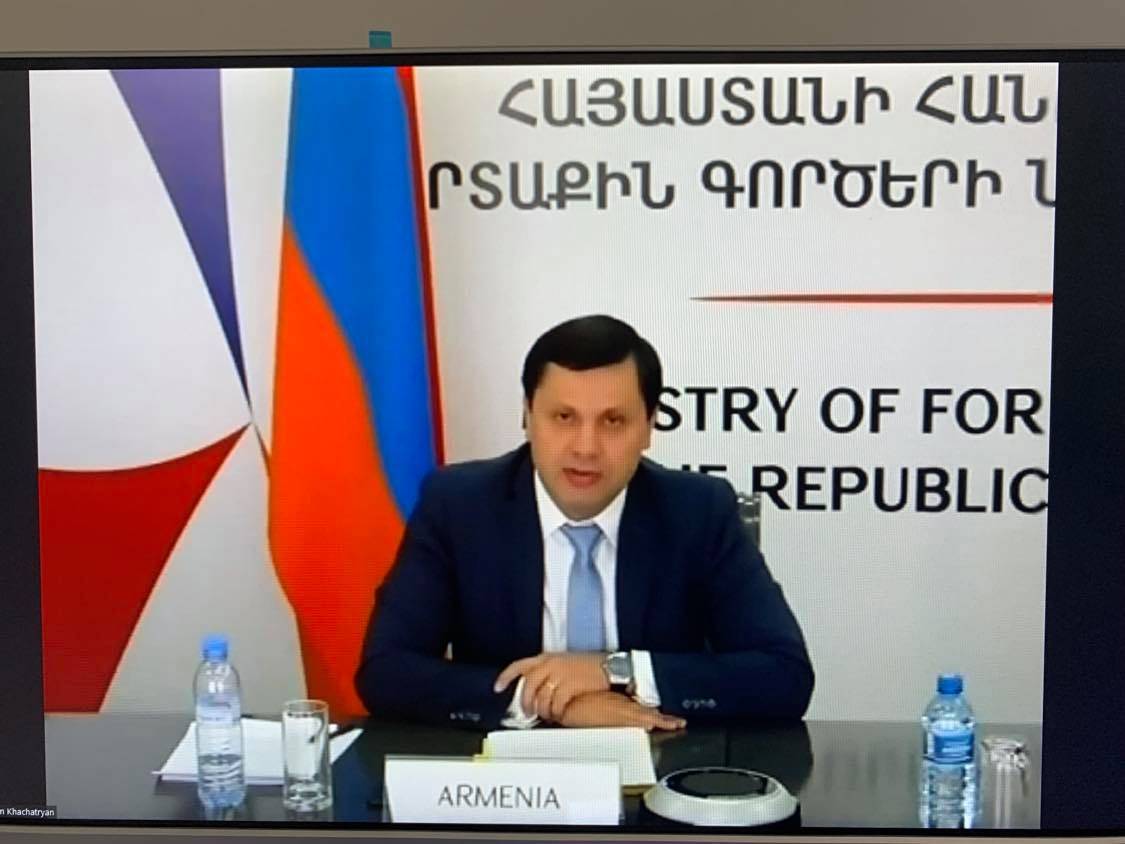 Armenia’s Delegation headed by the Mr. Arman Khachartryan, Head of the MFA Department of Multilateral Policy and Development Cooperation, participated in the 43rd meeting of the Council of Ministers of Foreign Affairs (CMFA) of the Organization of the Black Sea Economic Cooperation (BSEC) - held online on 30 June 2021.

In his statement Mr. Khachatryan highlighted widespread containment measures by the Armenian Government to curb the Covid-19 pandemic targeting the most affected sectors of the economy and vulnerable social groups. He stressed the need for a coordinated regional action to promote a better policy and regulatory environment conducive to increased economic cooperation, innovative and sustainable development and higher competitiveness in the region.

Referring to Azerbaijan’s large-scale, pre-planned military aggression with the direct involvement of Turkey and foreign terrorist fighters against Artsakh (Nagorno-Karabakh) at the time of pandemic last year and its consequences, Mr. Khachatryan has pointed out blatant violations by Azerbaijan of the commitments under the November 9 trilateral statement and stressed that Azerbaijan’s aggressive and provocative behavior continues to endanger the peace and stability in the region. He has further stressed that Azerbaijan continues to undermine international efforts aimed at addressing the humanitarian consequences of the war and hold in captivity numerous prisoners of war and civilians, in gross violation of the international humanitarian law.

He also underlined the inadmissibility of unilateral coercive measures and imposition of blockade, which hinder the regional economic cooperation and trade facilitation as the key objectives of the BSEC.

The CMFA adopted resolutions, decisions and recommendations on various issues including about Armenia’s coordinatorship of the BSEC Working Group on Energy for the next two years. At the end Albania handed over the Chairmanship-in-Office of BSEC Organization to Georgia, which will assume the duties of Chairmanship for a period of six months, from 1 July to 31 December 2021.