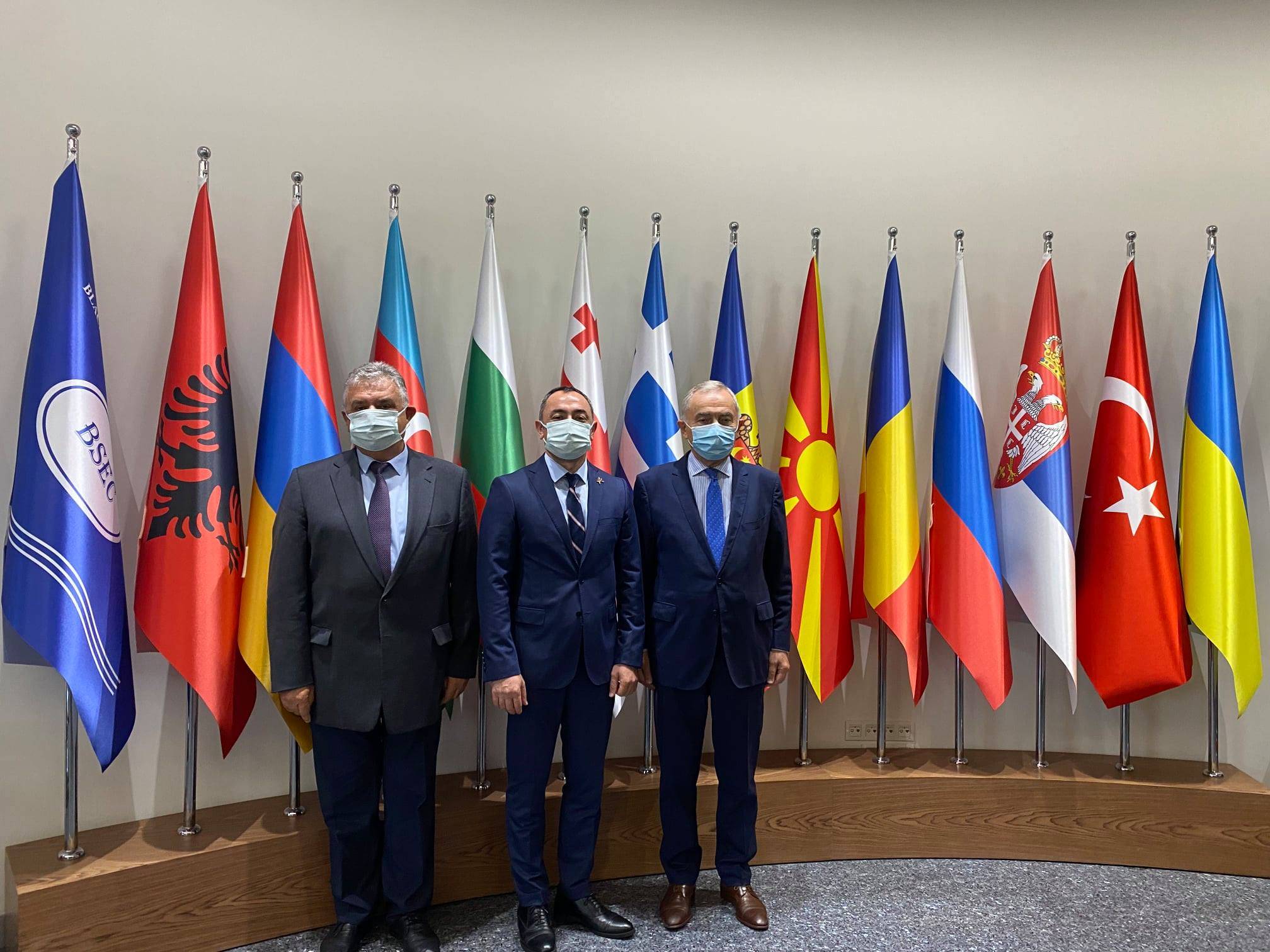 On September 2nd, 2021, the Permanent Representative of the Republic of Armenia to the Organization of Black Sea Economic Cooperation (BSEC) Sahak Sargsyan paid a courtesy visit to the new Secretary General of the BSEC PERMIS Lazăr Comănescu.

During the conversation both sides highlighted the effective partnership established between the BSEC PERMIS and Armenia, as well as underlined Armenia's constructive involvement in the work of the Organization. Sahak Sargsyan briefly updated the Secretary General on the economic development priorities of the Government reaffirming Armenia's commitment to continue active participation in multilateral cooperation within the BSEC.

The sides also touched upon the preparations of the upcoming BSEC meetings and events, as well as the prospects of further collaboration. The meeting was joined by Ashot Kocharian, the Executive Manager of the BSEC PERMIS.